The mulch pile is finally beginning to reveal itself. I knew it was there. Underneath the snow. I can see the top of it, like a snow capped mountain in reverse. I had forgotten that I shoved two young lilac bushes in the mulch to protect them from the winter freeze.

Now that the snow’s melting there are lots of things I’d forgotten about that are reminding me with their reappearances. Mainly they’re in the form of piles. Piles of dirt. Piles of leaves. Piles of grass. Piles of weeds. Piles of brush. Piles of rocks. Piles of wood. I’ll probably stare at these piles for a long time before I do anything with them. Some of them I’ll ignore altogether. Except I won’t completely ignore them. I’ll think about them. ALL THE TIME. But I’ll walk past them as if I hadn’t seen them. And in my dreams I’ll move them ten times over. I might as well just move them. It’ll be far less effort. 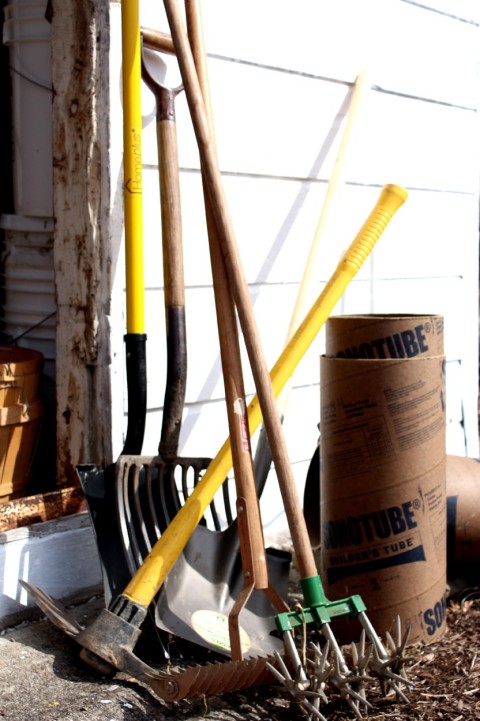 Sometimes you just need to do things to save yourself the headache (I’m admitting this seven years into this farmsteading thing). The first year I ordered mulch I wanted to pick it up myself. Three yards of mulch. We were going to borrow my Uncle’s truck. Our Honda Fit is miraculously capable of fitting all of our instruments and gear but I don’t know about three yards of mulch. Every time we had a show for the first two years we had this car I would see all of the instruments piled up outside it and say “No way.” Guitar cases, gigantic amplifiers, a full drum kit, a keyboard, stands, random boxes filled with cables and pedals, boxes of merch. All piled outside the car and every time I thought there was no way it would all fit. But every time as we shut the trunk Eric would look to me and say “That’s why they named it Fit.” But they didn’t name it “mulch” and though we’ve also carried seven bales of hay with no trouble, as well as a full love seat we found on the side of the road (though not at the same time) I wasn’t sure I wanted to mess with mulch in the Fit. 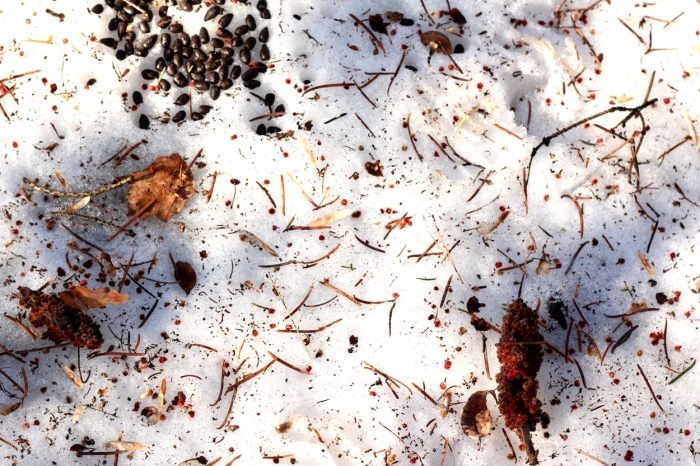 And then I thought about what that actually meant. Whether the mulch was in the Fit or in my Uncle’s truck it meant shoveling all of that mulch back out before I had to shovel it all over again and bring it where I wanted. One rusty wheelbarrow full at a time. The $20 was worth my sanity. But only every other year. So I order twice as much mulch at a time to save myself the headache (money).

This time of year is hard for me. I look out the window at the melting snow and can’t help but think how close we are to winter. I wake up in the middle of the night and I’m convinced it’s autumn. What a nice summer it was. So many flowers. So much warmth. But it’s over. I imagine it’s a similar feeling as sending your children off to kindergarten. Crying as the bus drives away because they’re all grown up and will never come home, even though you’ll see them in just a few hours and they’re only just a handful of years old. That’s what early spring feels like to me. I can’t hang on to it for long enough.

P.S. I hope you’re not offended by that photo of a pile of deer scat. I kind of thought it was pretty. Is that weird?