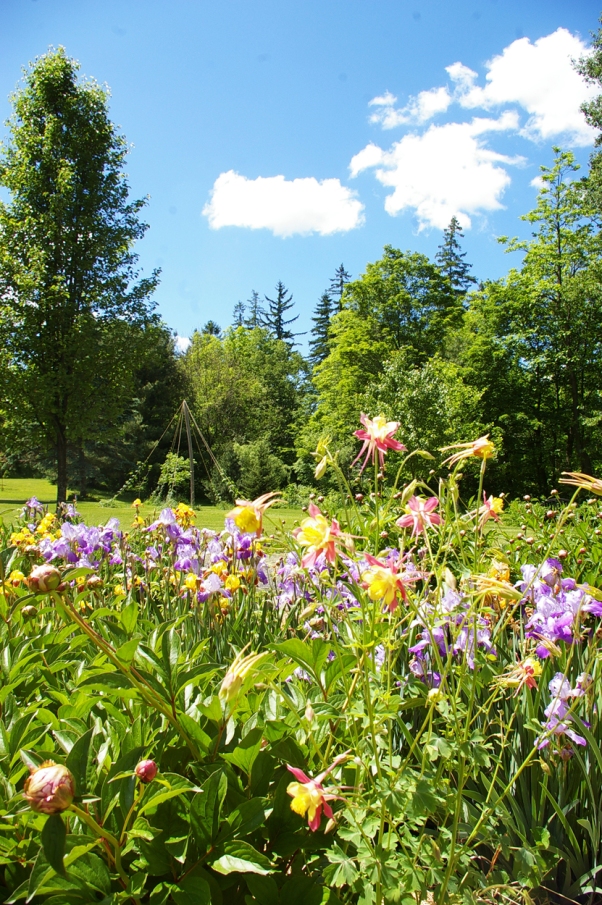 When my friend Sam came to visit last summer we took him up to Saratoga to watch the horses. Neither he, nor his sweet Virginie had ever seen them before. “Do they have horse racing in Paris?” Eric asked them. No. They do not. Or maybe. But neither of them knew anything about it.

We arrived to the track and there was absolutely no traffic! Lucky us! And then we drove in through the gates and there were loads of parking spaces! Sam and Virginie with their sweet Parisian optimism (I don’t know that optimistic is a term anyone has ever called a Frenchman, but they most certainly were) thought it was wonderful. I, on the other hand, knew we were doomed. “It’s our dark day folks,” the security guard told us. In my mind he had a Southern accent, even though he didn’t. He was Upstate stern with us. 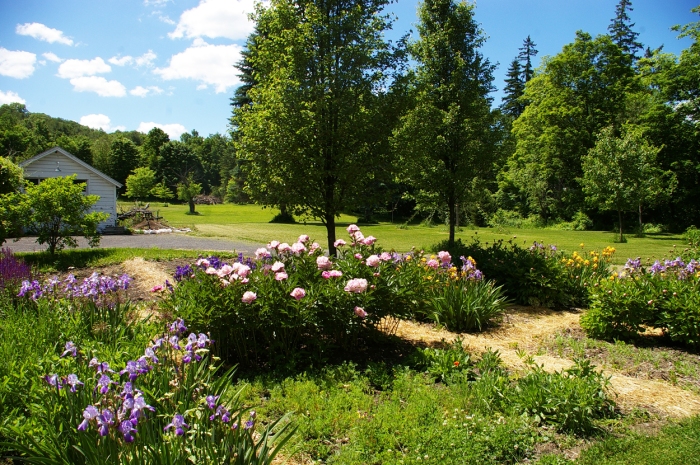 The Frenchies somehow convinced this guy to let us park and go look at the horses. Well, we actually just snuck in to see the horses. I was mortified when I turned to find Virginie posing with a probably million dollar horse while Sam took her picture. “We gotta get outa here before they kill us,” I whispered to Eric. Right about then a guard stopped us and asked where we were coming from and how the hell we got there. We let the Frenchies do the talking. Pretended we were tourists. It all worked out in the end. 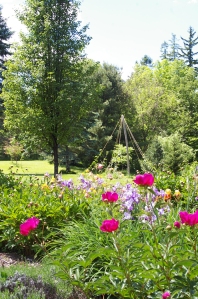 We went to the park and had a picnic. We dined on gourmet peanut butter and jam sandwiches. “What eez deez pea-nut buh-tter?” Sam asked. They’re adorable. Their first time eating peanut butter was at our picnic in Saratoga Springs, along with tiny peaches from our trees. “Apricot?” Sam asked me, holding up one of the peaches. “Tiny peach.” I replied. “Apricot?” he said it again, confused. “Tiny peach.” I said again. I thought nothing of this exchange until the next day when we were eating tiny peaches again (so many peaches last year!) Virginie held up the peach and said “apricot?” (“What the heck is with these French people and their apricots?” I thought to myself.) Then she corrected herself “tiny peech,” she said. “apricot?” she repeated. “tiny peech.” she said. Sam and Eric started to laugh. Virginie looked at me “We hahve nehver zeen deez tiny peeches.” she said smiling. “So delicious!” 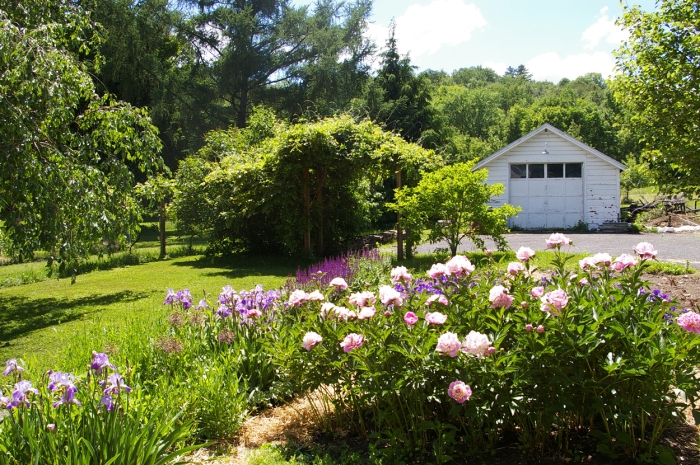 The peaches hardly flowered this year. Decided to take a hiatus, or a dark-day like the horse track. Even if we get just one I am certain it will be tiny and delicious, and it will make me think of Paris.