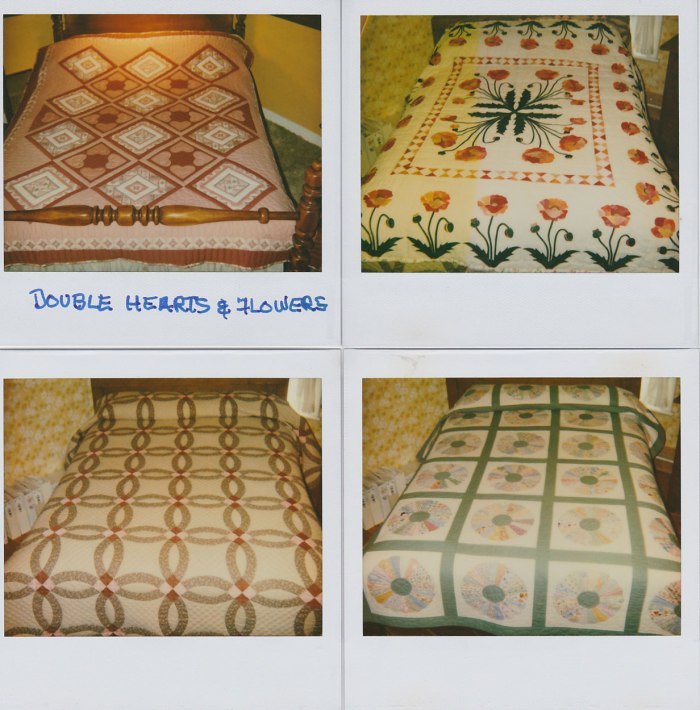 I always regarded my maternal Grandmother as an artist. For as long as I can remember she made being an artist not just possible, but normal. As in: it was normal that grandmothers had their own studios they toiled in for more than 8 hours a day. It was normal, when after supper was finished and the dishes were washed she continued to work on her craft in the living room while her husband watched war documentaries. It was normal that whenever you arrived she met you at the backdoor, gave you a hug, and whisked you up the stairs and down the hallway to her sewing room where she showed you the newest projects she was working on (she had at least three quilts going at all times). It was normal that grandmothers were incredibly prolific, cranking out hundreds of quilts in their lifetime, giving them to friends and family, selling them to admirers and collectors. It was normal that grandmothers were not only master quilters who taught classes and had students around the region (after having learned the craft herself well into her 50s) but were also incredible painters, creating works in oil, acrylic, and watercolor, that people also paid for and commissioned.

This, apparently, is not normal. And I am only now coming to realize it. 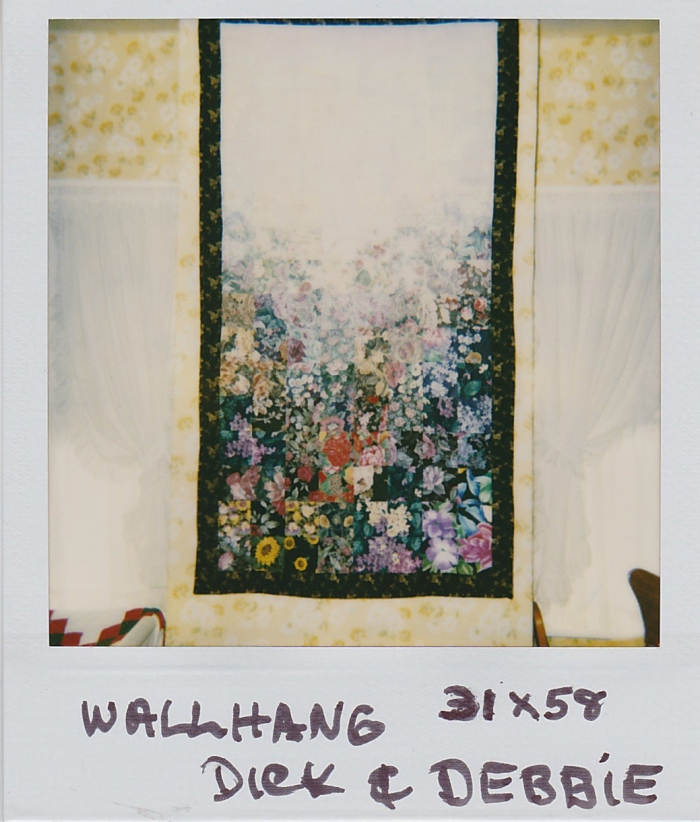 It’s a long boring story and it would bore me (and you) to write it, but the climax has me riding my bike to the Village Hall Tuesday morning. I’d been invited to meet my Grandmother’s former quilt students (all of them over the age of 60ish, some of them well into their 80s, and still so vibrant with creativity). I pulled my bike out of the garage. I was grateful there was no snow on the sidewalks to compete with. It would have been a long cold walk. I filled my tires with air (did I mention it was cold? They took a lot of air).

There I was, a 35 year old woman, biking first to the post office with a load of packages, and then on to the Village Hall. I imagined I was living in Holland or Norway where riding bikes to the Post Office and the Village Hall in 20 degree weather when you’re 35 is more acceptable. The daydreaming of me being in Holland or Norway made me less nervous about meeting my Grandmother’s former students and quilting friends. Imagining I’m in a foreign country always makes me feel more comfortable. Quite possibly because I distract myself with trying to remember how to say “I’d like to buy a stamp” in Dutch or Norwegian (I have no idea), or trying to remember which side of the road the cars drive on and which way I’ll have to look first before riding across the street. “I wonder when the tulips will be out?” I thought to myself.

When I arrived there was no need to pretend any longer. They knew who I was immediately. And I’ve never felt so welcomed. I sat and listened to their stories. Their memories, which matched my own so vividly, (my Grandmother was so predictable in her patterns, as was my Grandfather) strengthened my vision of who she was as a person and an artist. But then our paths diverged. The way they spoke of her skill and her talent showed me that what I always had assumed to be normal was not normal -it was extraordinary. One of her friends pulled out a wall-hanging she had acquired (another friend seemed jealous and questioned how she had come to have it). Right away I recognized her stitches, the way one recognizes the brush strokes of a painter. Her hand was so evident. The tiniest, straightest rows of millimeter-sized stitches. The woman currently leading the quilt group gave a little back-history of my Grandmother for some of the younger women who had joined the group after my Grandmother’s time.

“Doris always hand-quilted everything…”
The women in the hall gasped and stood up to see the piece in front of them. They shook their heads in amazement and awe.

I learned then that apparently, this too was not normal.

As a granddaughter of a master quilter (which I am only just now recognizing that she was) our family never used a qualifier for anything that was hand-quilted. Things that were hand-quilted were simply “quilted.” Qualifiers were saved for blankets that were machine-quilted -a complex and beautiful art in its own right.

“Would you look at this quilt!” my Grandmother would say looking at a hand-quilted quilt in one of her hundreds of quilt books.
“Would you look at this machine quilt!” my Grandmother would never say because machine quilting didn’t interest her, but for the sake of understanding, this is what she would have said if she had books filled with photos of machine-quilted quilts.

I found out how deeply ingrained this mindset was in me was when I was describing the quilt that the women were making collaboratively and eagerly showing off to me. I described it to Eric as a blanket -it was spectacularly machine-quilted. My Grandmother did not act like a quilt snob, but she used words that gave her away as such. So I’m blaming this lack of decency all on my Grandmother. Machine quilters, I apologize, and admire. I still have only made blankets myself. No quilting involved -although I tried. Really I tried.

Some of the ladies quizzed me on different quilts they remember. “What happened to the quilt with all of the appliqued poppies?” “What about the wall-hanging with the people walking in a row?” “Who has the quilt that looked like a flower garden?” Their questions prompted me to pull out the photo album Grandma had put together of some of the quilts she’d made. The pictures don’t even cover a portion of her creations, but among them were some of the quilts the ladies had asked about.

Remembering her quilts must have been like getting the chance to see a work of art and then never getting to see it again. That’s exactly what it was. They couldn’t even see a picture or a postcard or a reproduction. Maybe it made it all the more special. But they’ll be elated when they see the pictures…like seeing an old friend.

This picture is so classic Grandma. Standing in front of an absolute work of art, blue-ribbon winning quilt, and not quite sure what all the fuss is about because she’s just doing something that she loves. I’m sure she sold it for far too little. She probably made her blazer too. And her pants. And her blouse.

Before Tuesday I saw my Grandmother as an artist, a talented prolific artist. Driven -a bit mad (what artist isn’t mad when they are as prolific as she was). But after Tuesday I see her in a whole different light. She was an artist entrepreneur. A teacher, a leader. A master in her craft. An absolute and complete master quilter who made her talent her life. I feel so grateful to work every day in her studio.

One thought on “master quilter”