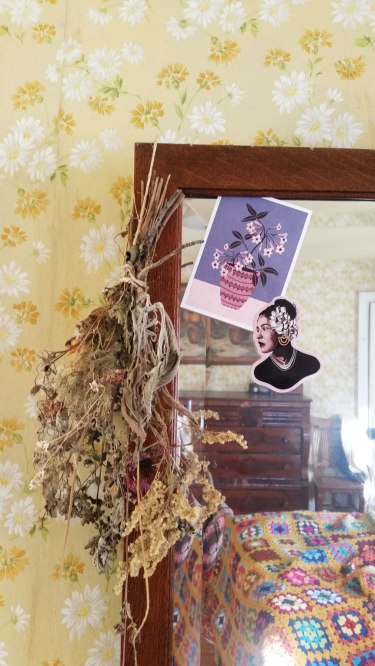 It might be spring but I’m still living on echinacea tincture and fire cider. Shuddering with burning acidity each time the latter goes down. Worrying about the enamel on my teeth and what my dentist would say. My dentist’s name is Partyman. At least, that’s what my friends call him. I slug 18 oz of water (sullied with echinacea tincture) and swish it around my mouth. My armpits smell like curry because of the turmeric supplement I’m taking to try and reduce this inflammation in my jaw. My bronchial cough is lessening by the day, but it’s causing my face muscles to spasm. In short: I am a wreck. A casualty of spring. Like the leggy daffodils that tried so hard to push through the thick mat of wet leaves covering them, only to give up and release from their bulbs the moment you attempt to rake them free.

Jack the cat is dead. Our neighbors finally put him down in December. A few weeks before he died apparently he came into their house meawing and wouldn’t stop until they paid attention to him. He led them into the backyard in the middle of winter where a rafter of turkeys was hanging out. Jack was so cool. But now that Jack’s gone I’ve never seen so many moles in the flower gardens, sustaining themselves on iris and peony tubers. I love the smell of peony tubers. The moles must too.

We lost a giant half of one of Great Uncle Luther’s pear trees in the windstorm back in JanuaryFebruaryMarch. I  consider that to be just one long month. I can never decipher what happened when or delineate between them. From now on I will refer to it as Janruarch. The worst month of all. So cold and so dark and so endless. Like three months in one. But it’s over now. Janruarch didn’t go without casualties. I’ve never seen so many sticks.

What did I do in Janruarch? Here is a list:

1.) I went to my Primary. She sent me to the Ophthalmologist. After one appointment I sat in the parking lot completely blind because they didn’t tell me they would be dilating my pupils. I had to call Eric and let him know he would be late for work because I had the car and I couldn’t drive because I couldn’t see. After two ophthalmologist visits and tons of tests, it turns out my eyes are fine. I got a CT scan of my sinuses.  Then I went to the ENT. He tipped me off that the ear pain I was describing was correlated with TMJ/TMD. I am a clencher, Sometimes life is stressful, and apparently I hold it all in my jaw until my eyes start leaking. Have you ever paid attention to all the things you do with your jaw? Here are some things I do with my jaw:

2.) In Janruarch I did a lot of jaw rubbing and TMJ excercises. Do you have TMJ? Do you just want to watch an amazing video of two normcore physical therapists giving some great advice? Check out this and this. This one is also helpful, though it is much less entertaining.

3.) I mended a lot of holes in my clothes using the sashiko technique. Inspired by Katrina Rodabaugh. I thrift most of my clothes because a) Secondhand and vintage clothes really float my boat. b) It’s better for the environment and human rights. c) Malls and big box stores give me anxiety. d) I enjoy the thrill of the hunt. Darning and mending used to be all the rage. But I don’t care about rage (unless it’s my own rage). I just want to save my favorite pair of jeans/socks/flannel from winding up inside the belly of a whale.

5.) We scored a film and it’s premiering at Tribeca. You can buy tickets HERE

6.) At the height of the thaw and spring rains one of our sump pumps stopped working. I spent three days (with bronchitis) sweeping water into an overflowing cistern. One night we tried to replace the sump, but in the silty water we (I) lost the rubber seal that connected one pipe to the other. We tried to jury-rig it together and when I plugged in the sump the 1 horse power engine sucked up one million gallons of water, exploding the pipe fitting and shooting water directly into Eric’s face. Instead of unplugging it I jumped backwards. Eric was in a state of shock and so a second gush of water pumped straight into his face before I could unplug the sump. Meanwhile, the water shot all over the ceiling and now it was raining in the basement. He returned to the hardware store (soaking wet) but none of the people working there were in the least bit helpful. He came home with about 15 pieces that they had given to him for free because they felt bad -none of which worked. But while the silt literally settled I managed to find the original rubber seal and we repaired the sump. Hooray. Moral of the story -slow the fuck down. 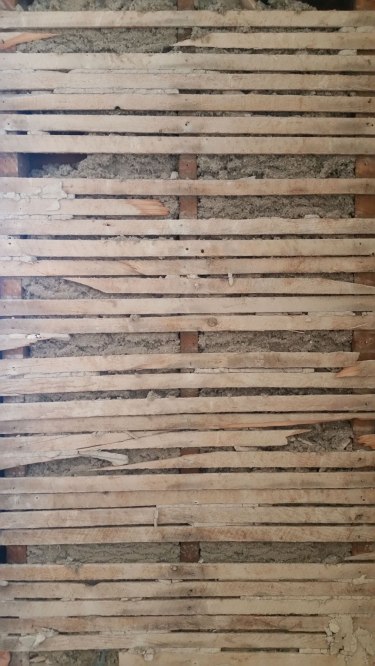 7.) I started ripping apart the pantry and the downstairs shower. We spent a weekend covered in the dust from ancient blow-in-insulation (maybe it gave me bronchitis?) although I did wear a mask and goggles -praise be. But when we were FINISHED Eric thought it would be the perfect time to google what asbestos insulation looks like (it doesn’t look like what we were playing around in. Hallelujah). And wow! It wasn’t a wonder there were drafts in the bathroom. There were entire sections of the wall where the blow-in-insulation just never made its way into the walls. Maybe we’ll have a shower by summer? We shall see. Until then -hose downs. Jk we have another shower (or do we?)

9.) I read this absolutely delightful article about Rick Steves.

10.) In an outsized attempt to use up our kale + squash, I ate a lot of kale + butternut squash pesto and it was delicious.