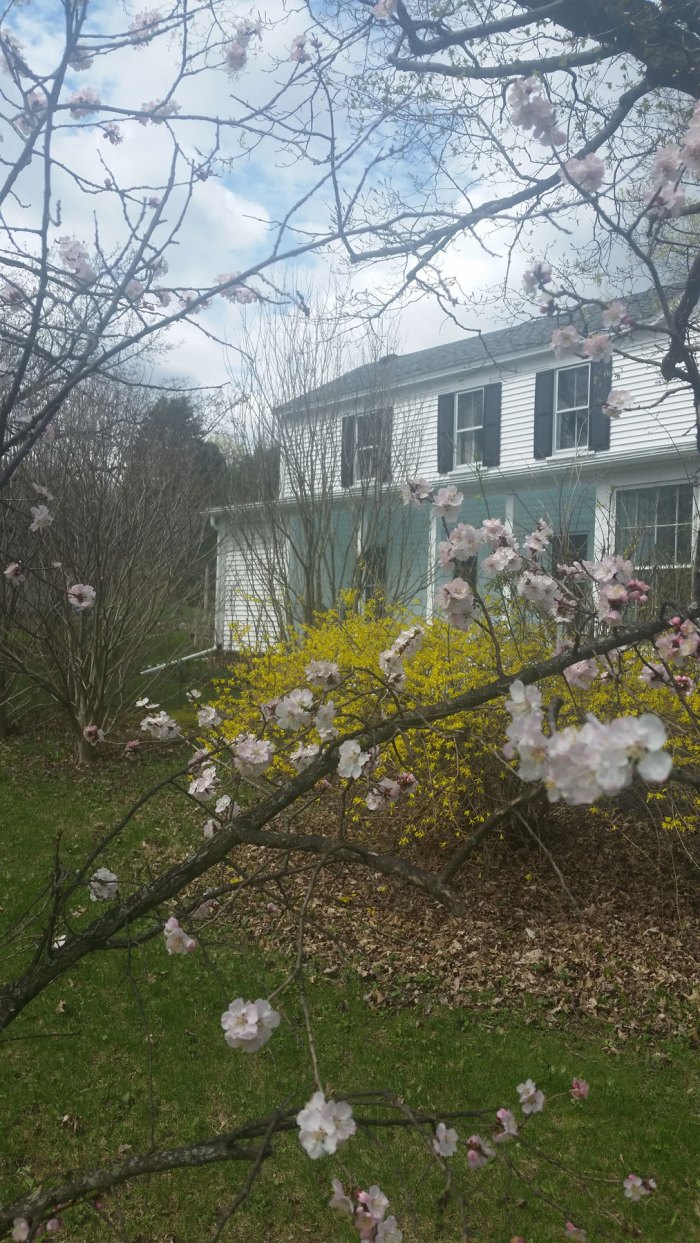 The spring has been cool and wet but I still managed to hang the clothes on the line to dry twice. During the inaugural clothesline drying session several weeks ago the sun shone bright and warm. So warm that sitting on the back porch in the evening, watching the sun set over the edge of the escarpment, meant stripping off the layers of flannels and scarves that you needed when you stood in the shadows or when the northerly wind wasn’t blocked by the house. The morning after the inaugural clothesline drying session I pulled on a pair of freshly washed jeans and felt something on my right thigh. Electricity. It must be a tick I missed. But then it electrified further, like a hair out of place. And further still. Stinging. I flung off my pants and out came a wasp, groggy and uncoordinated in the early heat-less spring morning. He’d stung me twice. In all my years of clothesline drying (12) I had never before been stung by a stowaway.

Lately it’s been raining, or not sunny, or so cool that if I hang the clothes outside to dry I can’t quite tell if they’re still damp or just cold by the time the invisible sun starts to set. So instead I just hang them indoors on our clothes racks, adding humidity to the house now that the heat is back on again. I can’t seem to shake the chill that cramps my cheek muscles. This morning I pulled on a pair of freshly washed jeans that had been hanging on a rack over the heating duct. I felt a mild resistance, but it was different this time. Bigger. Softer. Like a soft little ball. A vole I thought. One of those voles that have moved closer to the house since Jack the cat died. Hundreds of voles inhabit our back field, but I’d never seen so many vole tunnels, voles ripping up the grass, voles eating the roots of perennials, voles living beneath the porch, voles coming into the kitchen, voles in the legs of my jeans. 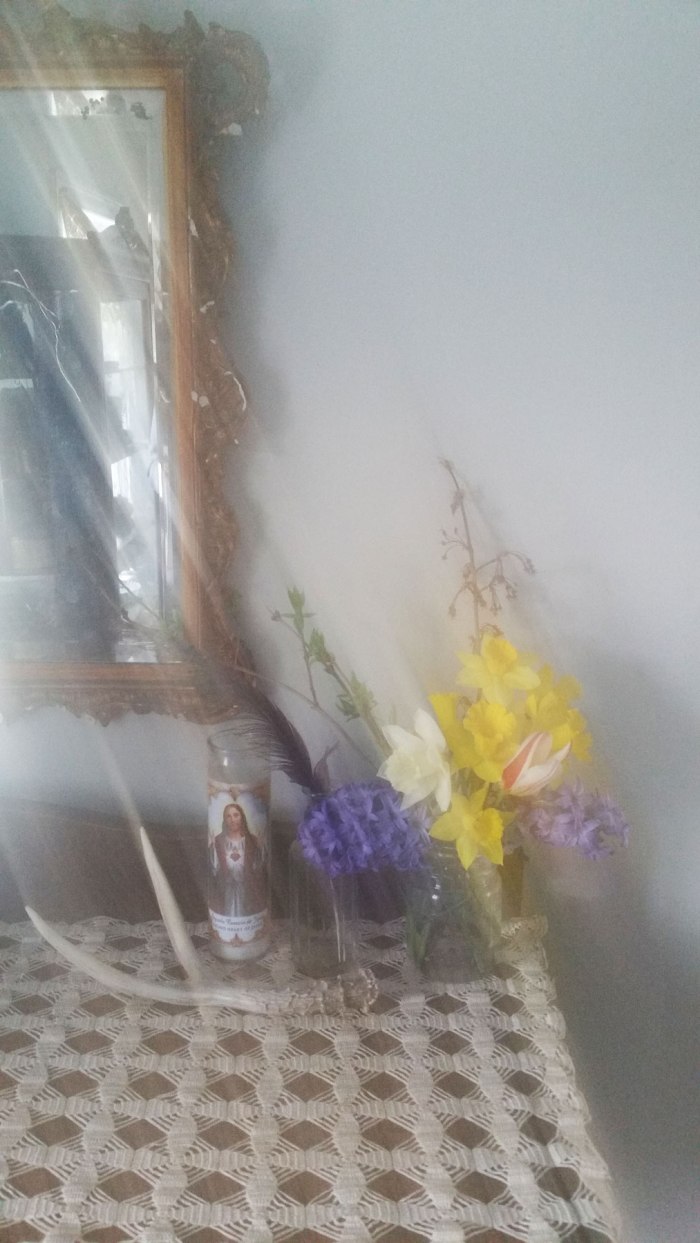 I shrieked and Eric leapt out of bed, remembering the last time when I swore and hobbled around -forgetting the swift agony of a sting. Yelling at him to get it into some toilet paper and flush it. “Is it a wasp!?” He asked. “Did you get stung again?!” He sounded indignant. “I think it’s a vole!” I cried, ripping my pants off. If it was a vole it was a very tired vole. It didn’t move. It didn’t squirm. It had built a nest in my jeans. Just like the cardinal that’s building a nest in the bush outside our sunroom window -though it’s us that don’t move when we see her coming with bits of twigs and leaves in her coral beak. We’re afraid of scaring her away. This vole had built a nest in my jeans like the dozens of nests I’d raked up this spring. Compact balls of dead grass and leaves, fluff from the cushion of the falling apart chair we stored in the barn, and even strands of my own hair I pulled from my hairbrush and toss in piles near the creek for the birds -and apparently, the voles. Those infuriating rodents who are eating my flowers and making tunnels in the grass deep enough for me to twist my ankle in -they are sleeping in my hair. And now, in my jeans.

“A VOLE!?” Eric didn’t believe me. I looked to the floor. I looked back at him. “Actually, it’s your sock.” Eric’s balled up blue argyle sock I thought we’d lost in the hotel room in New York City. “So that’s where it went.” 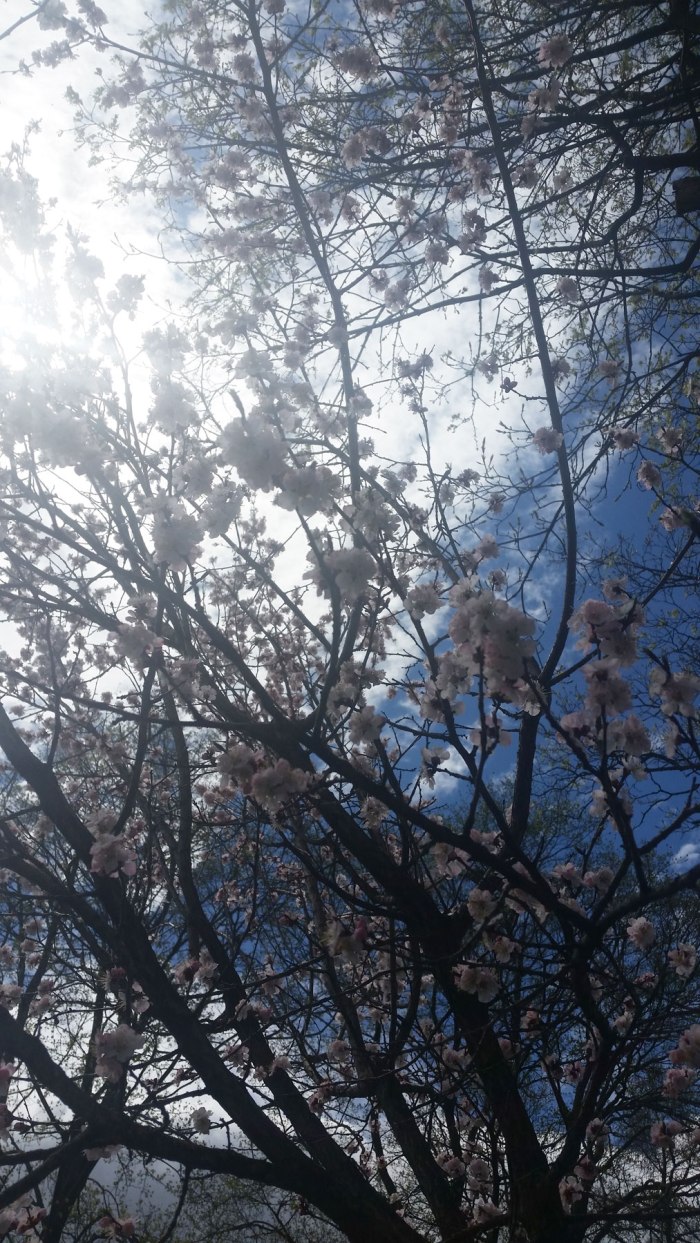 When you live with the wilderness everything becomes wild. Even yourself. I know it doesn’t make SENSE that a vole would make a home in my pants, but it also doesn’t make sense that I dump dehumidifier water every morning into a cistern of our almost always flooding basement. Or that when we ripped up the floor in the bathroom there was a chipmunk den in the substrate. Or that there was a vole looking for snacks in our kitchen. Or a wasp in my pants. Or three GIANT piles of scat on my neighbor’s carriage house roof. Or three turkeys chasing me down the road. Or a tuft of bird feathers that falls from the sky at random and that’s when we know the falcon has just caught its dinner. Humans like to think we’re separate from the environment. That we aren’t the same as all these creatures trying to make warm homes and bring in enough food to survive, but we’re just the same as they are. And sometimes the spaces we’ve made that are cozy and warm they find to be cozy and warm too. And other times, it’s just a sock in your pants.